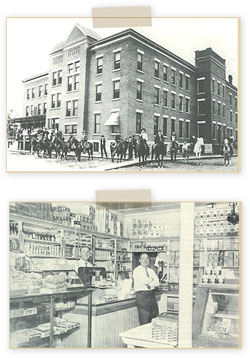 The names “Beisswenger” and “New Brighton” are so intertwined, history finds that one hardly goes without the other. In fact, Jacob and Caroline Beisswenger, parents of hardware store founder Fred, are considered New Brighton’s first permanent settlers.

Beisswenger’s Hardware has been a fixture of New Brighton and the Twin Cities metro area since its beginning. Established in 1919 as a purchaser of bulk wares, the store formally opened as Beisswenger’s Hardware in 1930. Jacob and Caroline’s son Fred purchased the former Exchange Hotel building. Now owned and operated by Fred’s son Mark , a new Beisswenger’s store was built behind the old exchange building in 1988.  We are currently operating in our third location, which opened in 2005.

It could be said that entrepreneurship runs in the Beisswenger family blood. Jacob and Caroline, German immigrants, raised fruit and vegetables they sold at the market in Minneapolis. They later enjoyed success as hotel owner-operators on nearby Long Lake, Minnesota in the early 1890s.

This spirit of stick-to-itiveness was instilled in the Beisswenger children and grandchildren. It has influenced the way Beisswenger’s Hardware has done business through history. From past retail offerings including groceries and home appliances, to its current relationship with Do It Best Hardware group and focus on power equipment, hard-to-find hardware and all kinds of bird houses and feeding supplies , Beisswenger’s Hardware has long been the area’s leading destination for exceptional customer service and value. 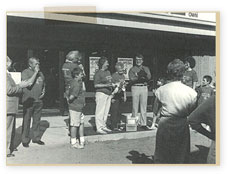 Beisswenger’s Hardware and Power Equipment has been serving the New Brighton , Minnesota area since 1919! We are committed to providing top notch customer service and great products to the greater Twin Cities area and communities of Ramsey County, Hennipen County, Washington County, and Anoka County of south-central Minnesota. We offer over 67,000 items through our warehouse that can be shipped to your door, or to our store! The Twin Cities is home to many great attractions including the St. Paul Saints, Minnesota Wild, Minnesota Vikings, Minnesota Timberwolves, Minnesota Twins, Minnesota Lynx, Science Museum, Amusement Parks, State Parks, and more.

Sign up to receive email specials from Beisswenger’s Hardware.